Mulugeta Ayalew Tamiru was the first FogGuru ESR to defend his PhD thesis on “Automatic Resource Management in Geo-Distributed Multi-Cluster Environments”. Congratulations, Mule, and we are looking forward to many more upcoming defenses by the other ESRs! 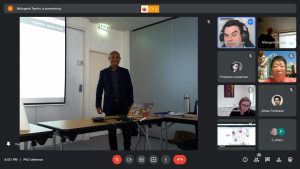 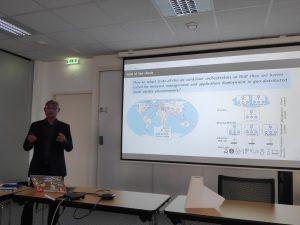 63 participants from 10 countries around the world have competed during the FogGuru’s hackathon Hack the Fog!

An application that detects sedimentation on the seabed of La Marina de València is a winner of Hack the Fog! The 2nd and 3rd prizes were been won by two apps that offer information about La Marina – time, traffic, etc.- to visitors and to restaurants in the area, as well as useful data to limit people’s access in time of COVID. 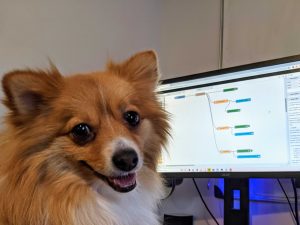 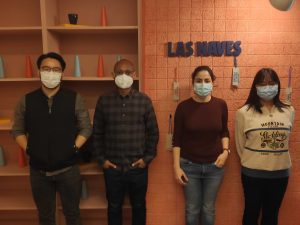 For more than 48 hours, the past weekend, 63 participants from 10 countries around the world, have competed in the international hackathon #HackTheFog, a contest to develop an application prototype that improves the sustainability of La Marina de València. The contestants have worked in data management, based on Fog Computing technologies, extracted from the sensors installed in the port, within the framework of the FogGuru European project. 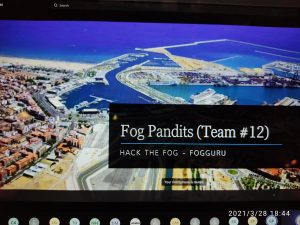 Fog Pandits, an international team, was declared the winner of the competition. Its members have developed an app that detects sedimentation problems that commonly affect ports. As explained in their presentation, the accumulation of sedimentation has a negative impact on water quality and can harm biodiversity. “With the help of the sensors installed in La Marina, we can predict the accumulation of sediment in the port, and thus the management team can proactively carry out preventive maintenance” says Giray Pultar, student in the Cloud Computing and Network Infrastructures master program of University of Rennes 1. This app uses sea wave sensors, a stream profiler, a water quality sensor, and a wind monitor. The application will make a map that will display the sediments and dirty spots of the areas that need to be managed. 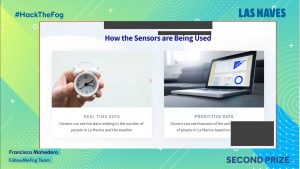 The second prize, FollowMeFog, went to a team of members from various countries — Spain, United Kingdom and Pakistan — and uses data from time, traffic, etc. sensors. to provide information to visitors to La Marina and to the restaurants placed there. “With this information, restaurants can also issue promotions to customers, encouraging them to visit them when little attendance is expected,” explains Francisco Mahedero, student at the Polytechnic University of Valencia. 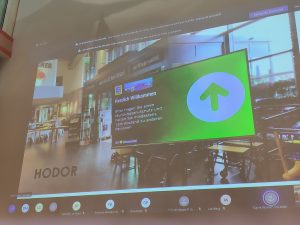 Finally, the third prize went to the Kal-bai-saki team, from India and Germany, who have devised an application that controls crowds in real time, to limit the number of visitors to La Marina. “The app obtains data from the people counting sensors installed at La Marina”, summarizes Gairik Aluni, former student at the Cloud Computing and Services master program of the University of Rennes 1.

The hackathon Hack the Fog! was organized in the context of FogGuru, a European Industrial Doctorate project which aims to train the next generation of European Fog computing experts. FogGuru brings together leading academic institutions (University of Rennes 1 in France and the Technical University of Berlin in Germany), high-tech SMEs (Elastisys from Sweden and U-Hopper from Italy), complemented by EIT Digital Rennes and the València smart city living lab Las Naves in València, Spain.

On September 29th we presented the results of the FogGuru Living Lab with novel fog computing technologies for smart water management, and the future plans for constructing an IoT FabLab at La Marina de València. In case you missed the live event, the videos of the respective presentations are available here.

On September 29th we will present the results of the Living Lab with novel fog computing technologies for smart water management. Do not miss it! The event will be live-streamed. Free registrations here. 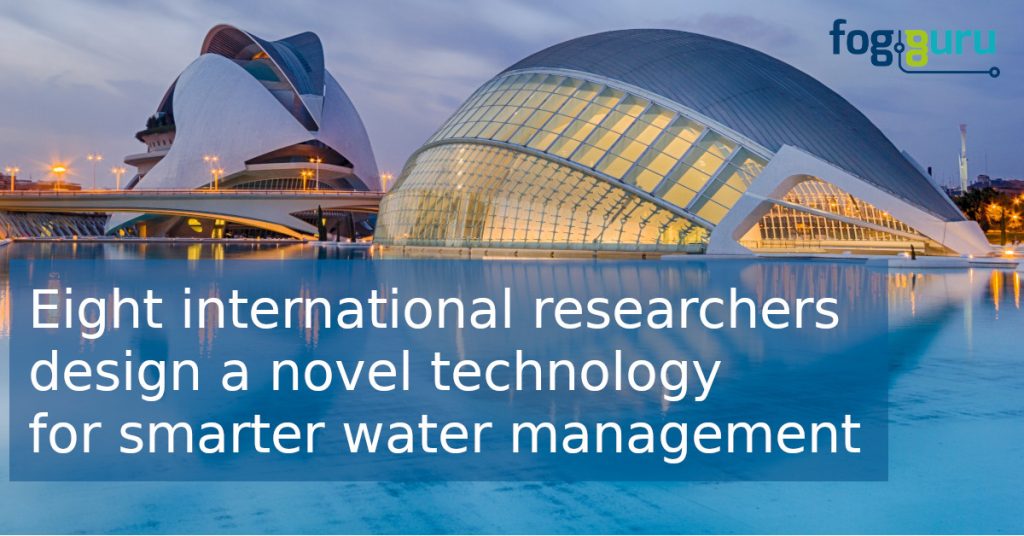 Our guru Davaadorj Battulga obtained the best demo award at the 23rd Conference on Innovation in Clouds, Internet and Networks (ICIN 2020) for his work “FogGuru: a Fog Computing Platform Based on Apache Flink.” Congratulations Davaa! 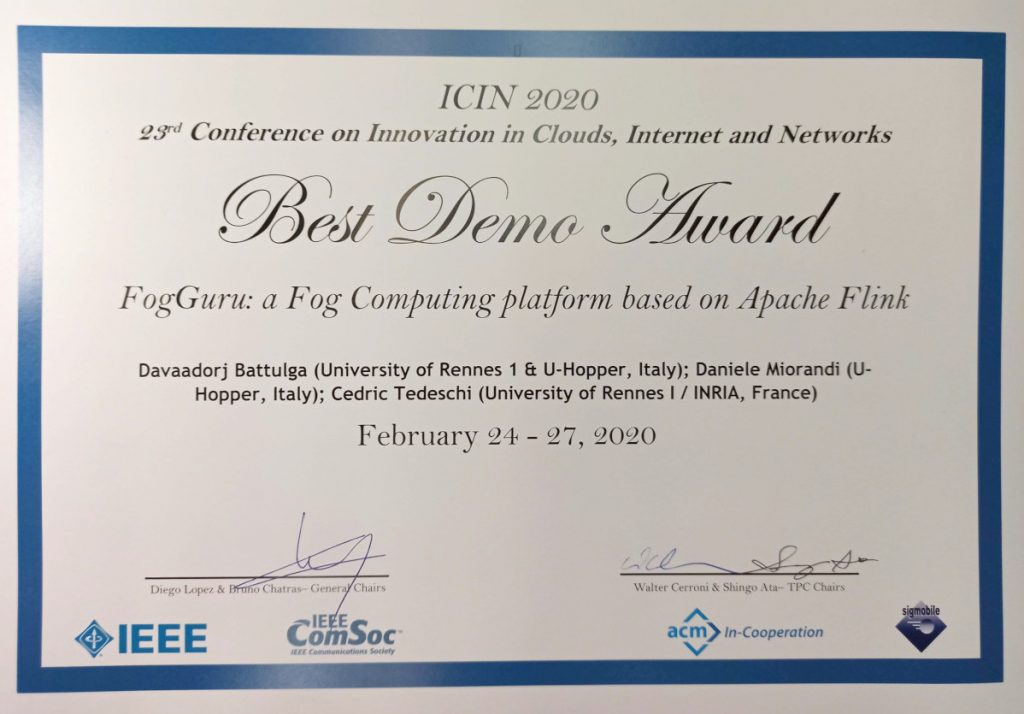 The FogGuru Living Lab launch event was a great success. The Living Lab is a unique experience for FogGuru ESRs to put their research into practice, while delivering valuable outcome to the citizens of València (Spain). The first group of students will be working on applying Fog Computing technologies to smart water supply management.

About 40 people attended with a wide variety of profiles (academia, industry, public services, end users). We had very interesting discussions about the expected impact for the project and for the city of València, about possible extensions to other application domains, data privacy protection, and so on. Stay tuned for exciting results in a few months’ time! 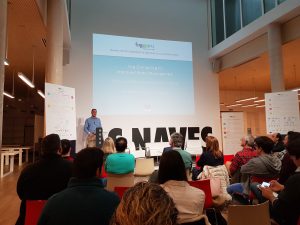 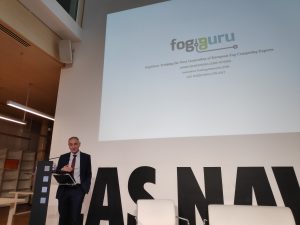 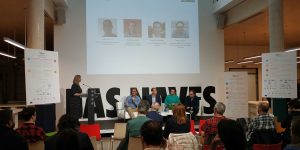 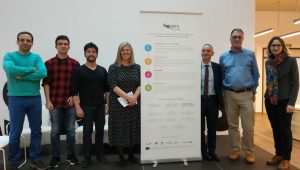 On Friday November 22nd in València, Spain, the FogGuru project will launch its experimentation of Fog Computing technologies applied to the management of water distribution, thanks to Las Naves and Emivasa. Join us for this great event!

October 10th 2019: Davaadorj Battulga presented a demo of his work on data stream processing in fog computing environments (based on our custom-made Raspberry Pi clusters!) at the Flink Forward conference. 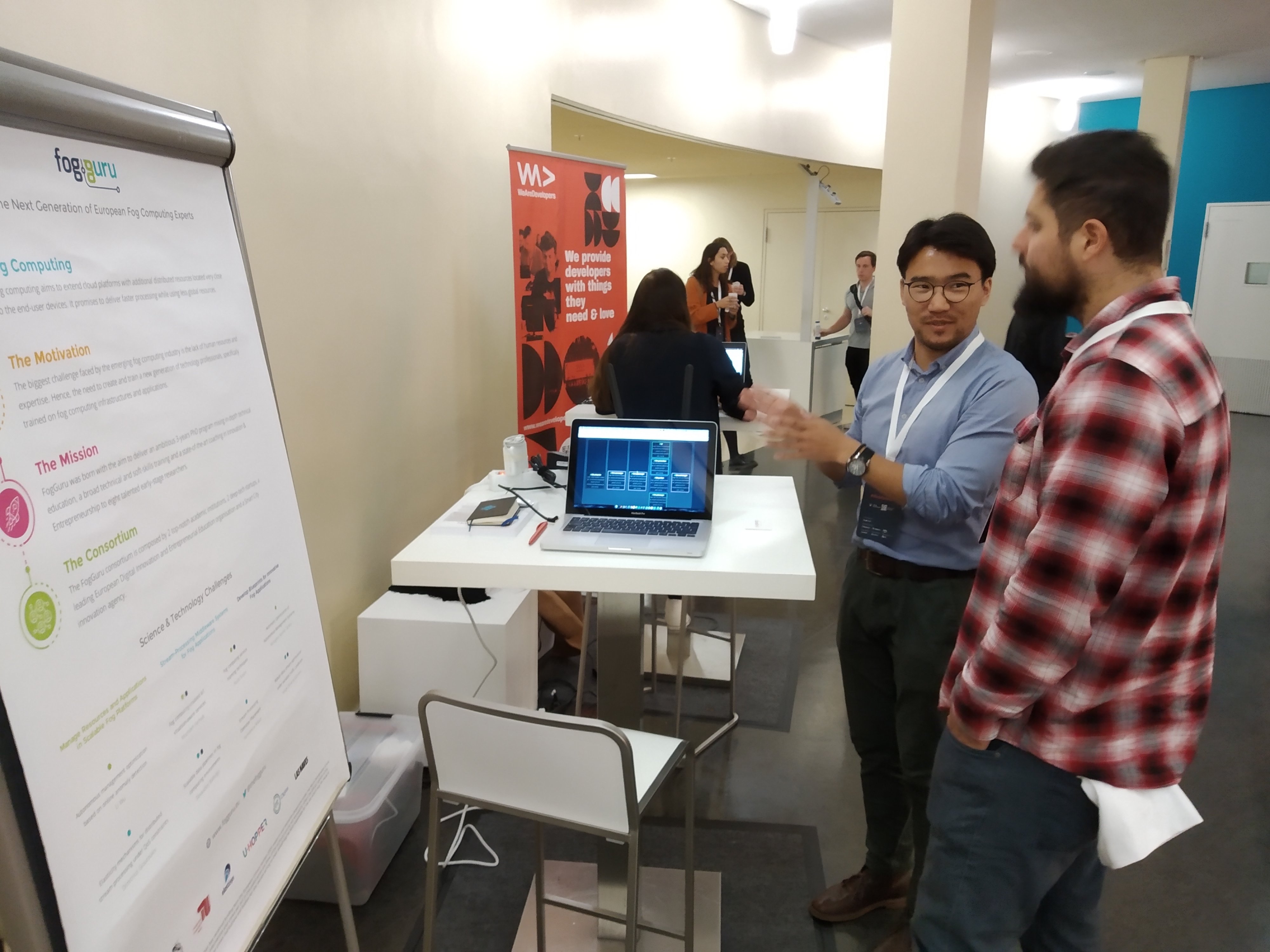 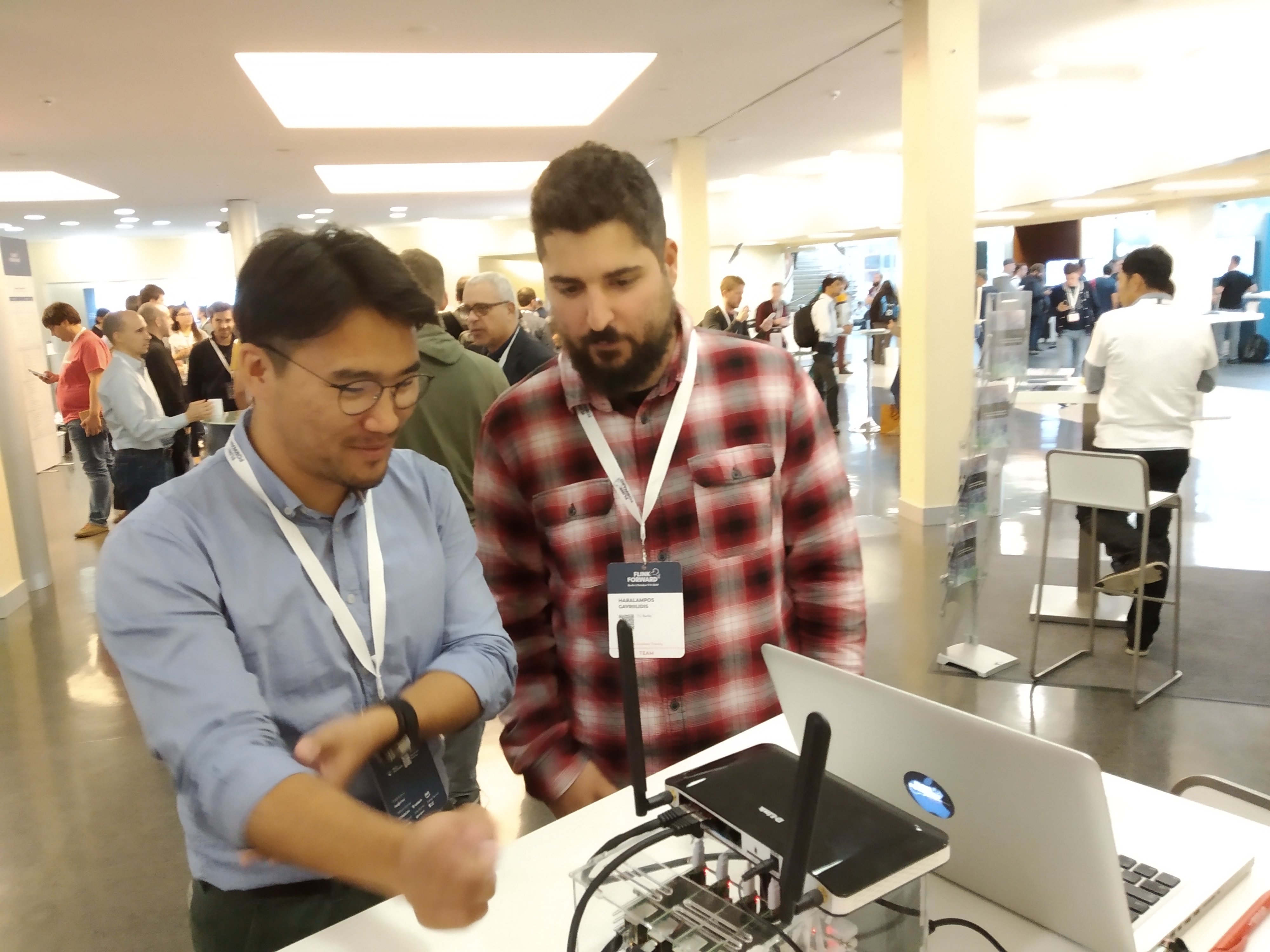 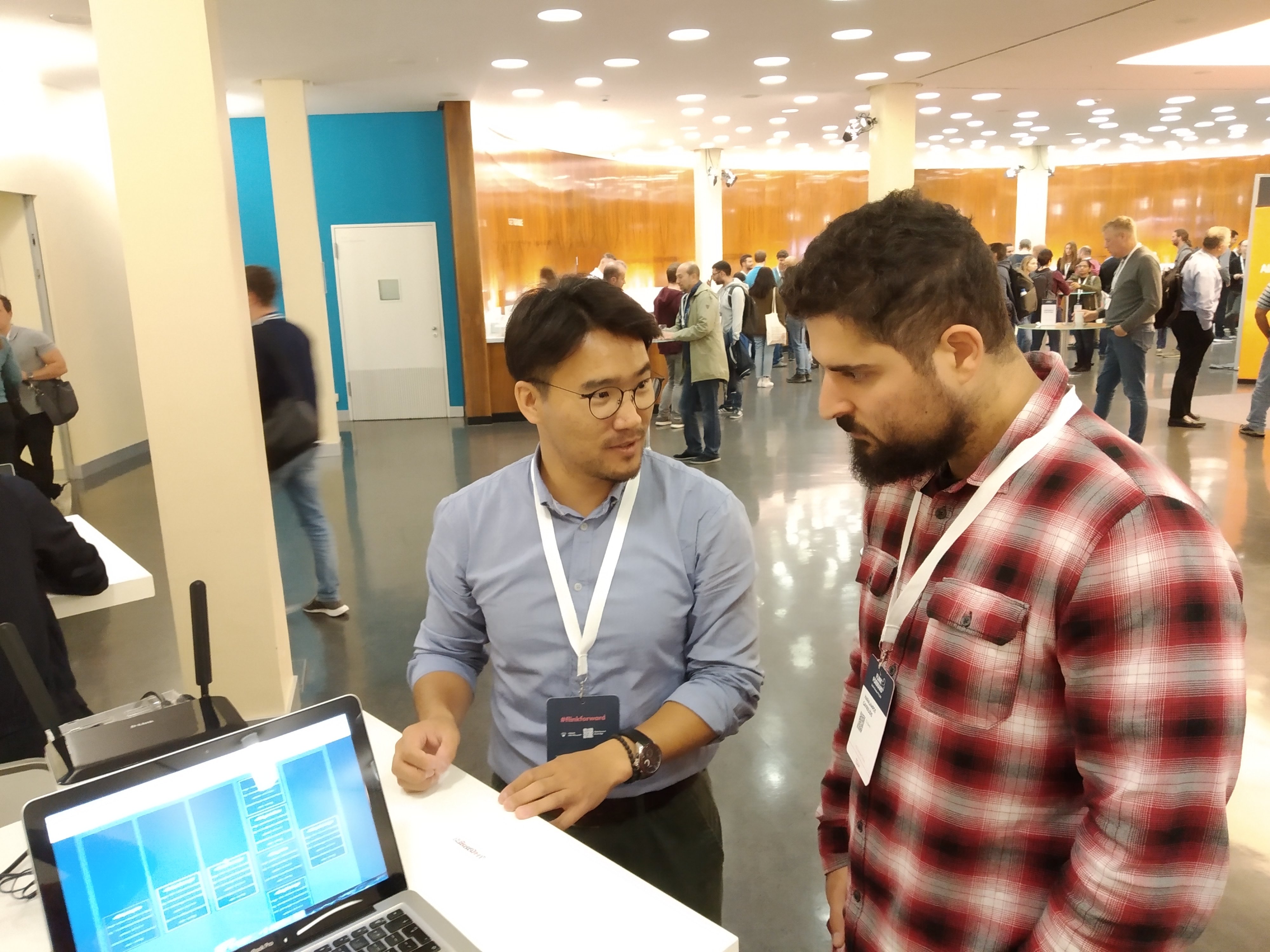 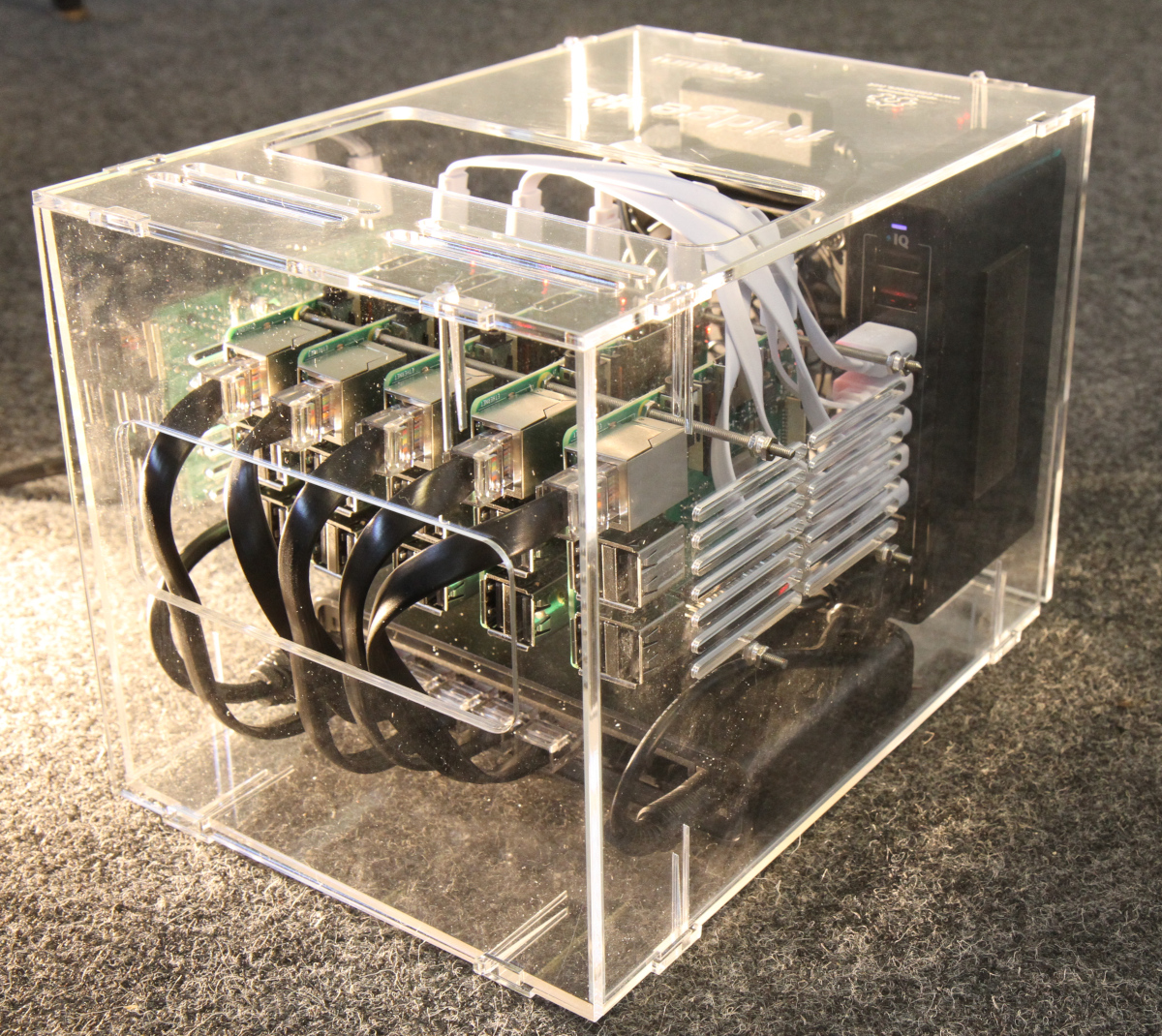 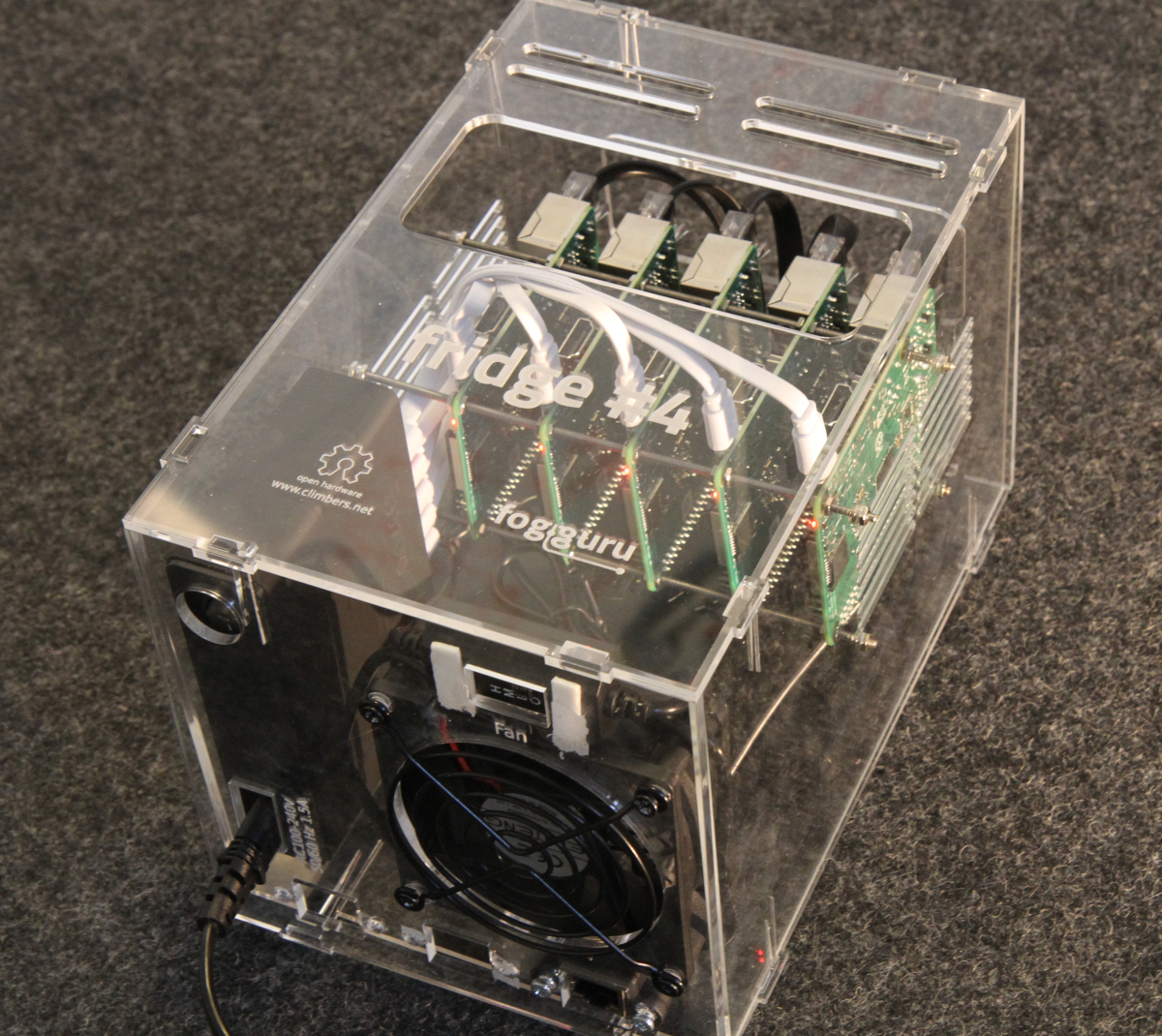 August 27th 2019: All the FogGuru students plus a few others worked together on surveying current and future fog computing applications, and the requirements they put on the fog platforms. The result is a great article which is now available as a pre-print:

The paper on Transparent Record and Replay of Sensor Data in the Internet of Things received the Best Demonstration award at the prestigious EBDT 2019 conference. Congratulations fo Dimitrios, Felipe and their co-authors! 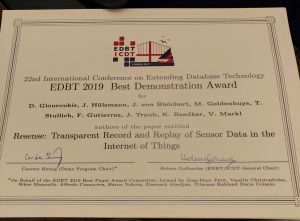 To celebrate the second FogGuru publication we created a new Publications page. Note: our first publication was great as well!

The FogGuru Early Stage Researchers (ESRs) have now arrived so we organized an amazing Boot Camp to get them started. The Boot camp gathered all FogGuru’s Early Stage Researchers, their supervisors and the project’s partners around technical and soft skills sessions as well as team building and social events, such as visiting the Mont Saint Michel.

It gave the ESRs the opportunity not only to present their PhD’s subject and get to know each other, but also to attend technical sessions about fog computing, cloud resource management and stream processing, a 2-hours workshop on the Business Model Canvas, time management and how to pitch anything. 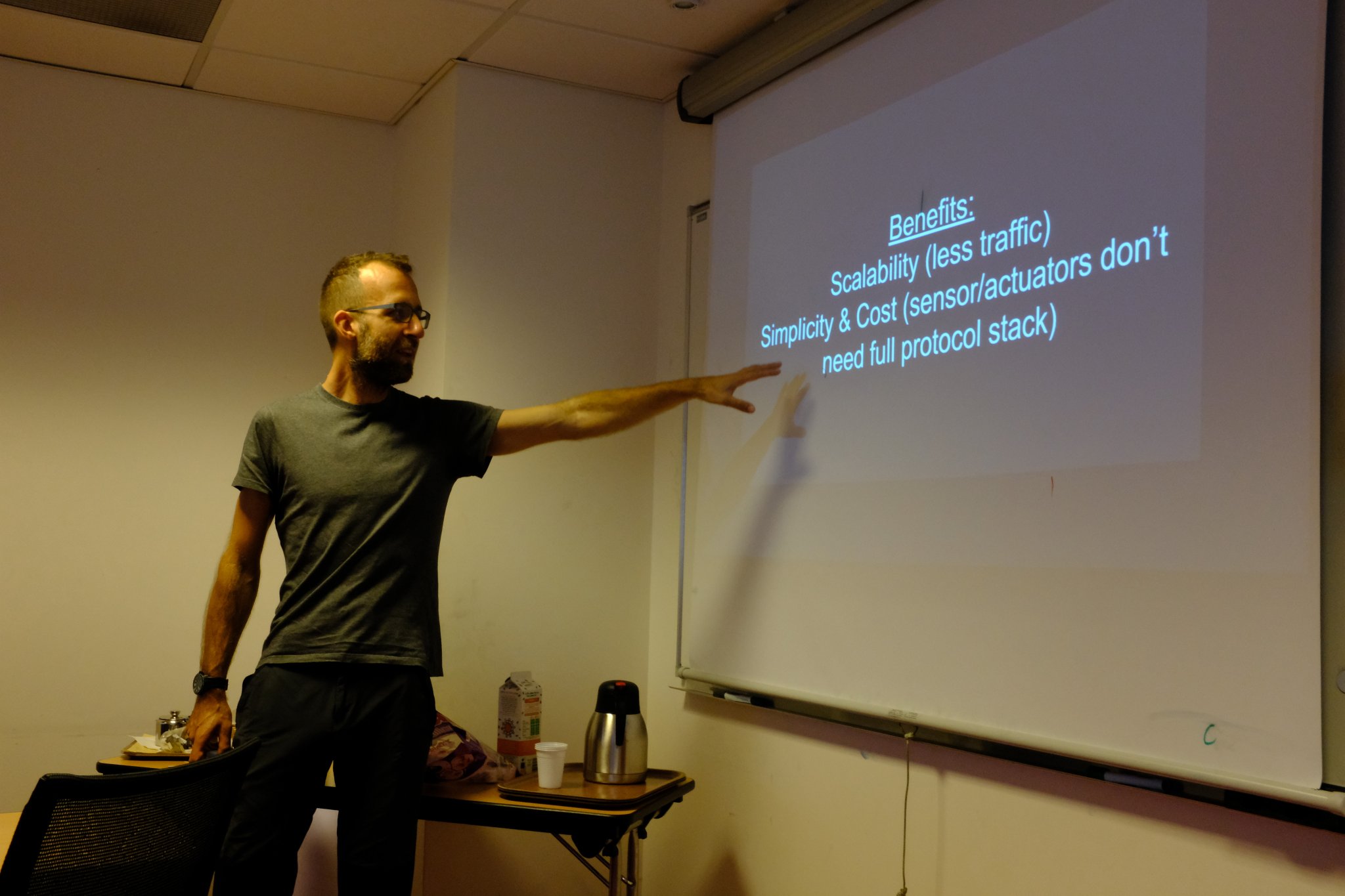 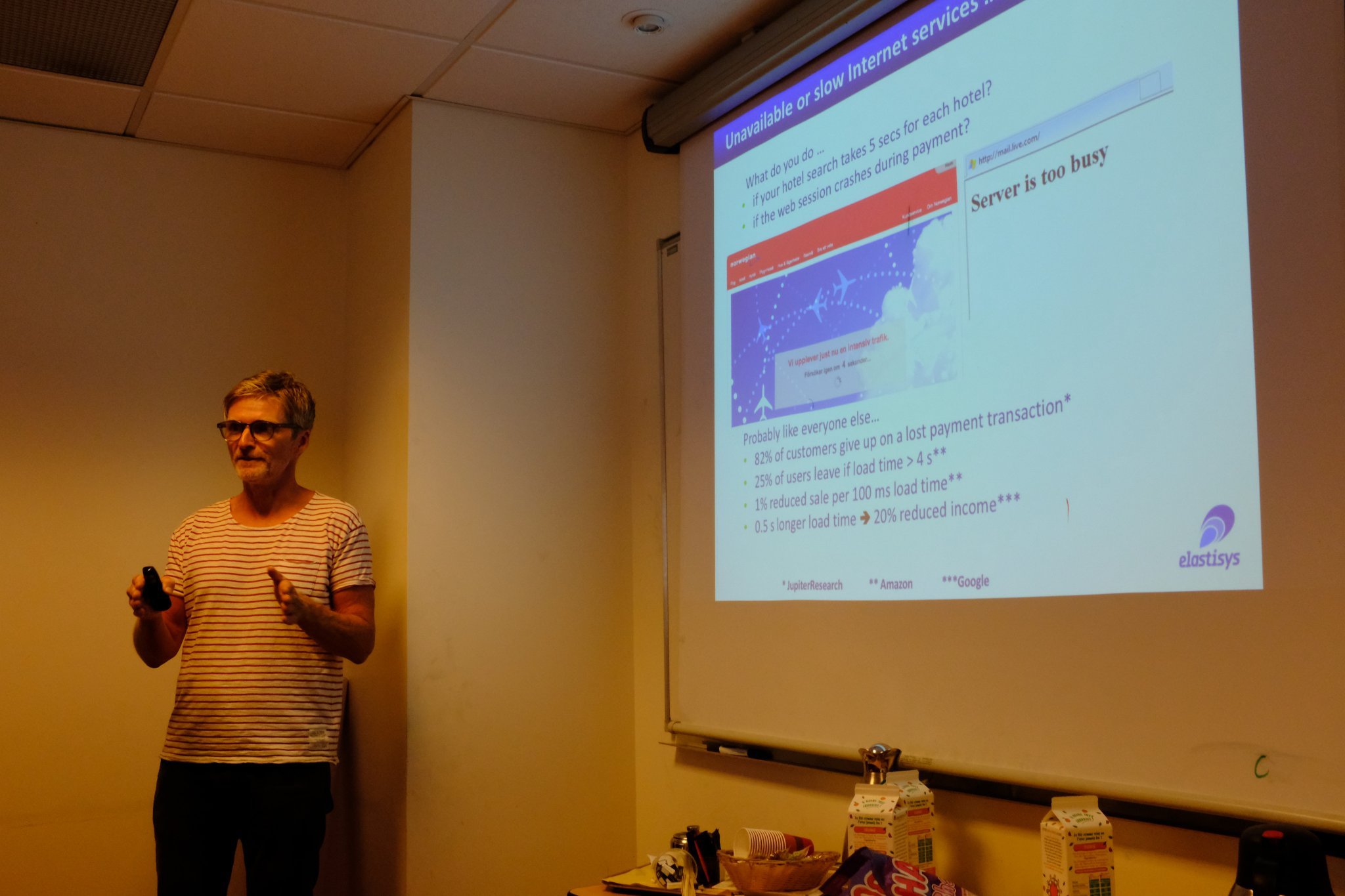 ESRs were divided in 2 groups to participate to a team building exercise, which consisted in pitching an imaginary but very inventive Fog-aware banana case and a goldfish stroller, in front of a jury. The jury decided to award both teams for their pitches since both of them were very convincing! 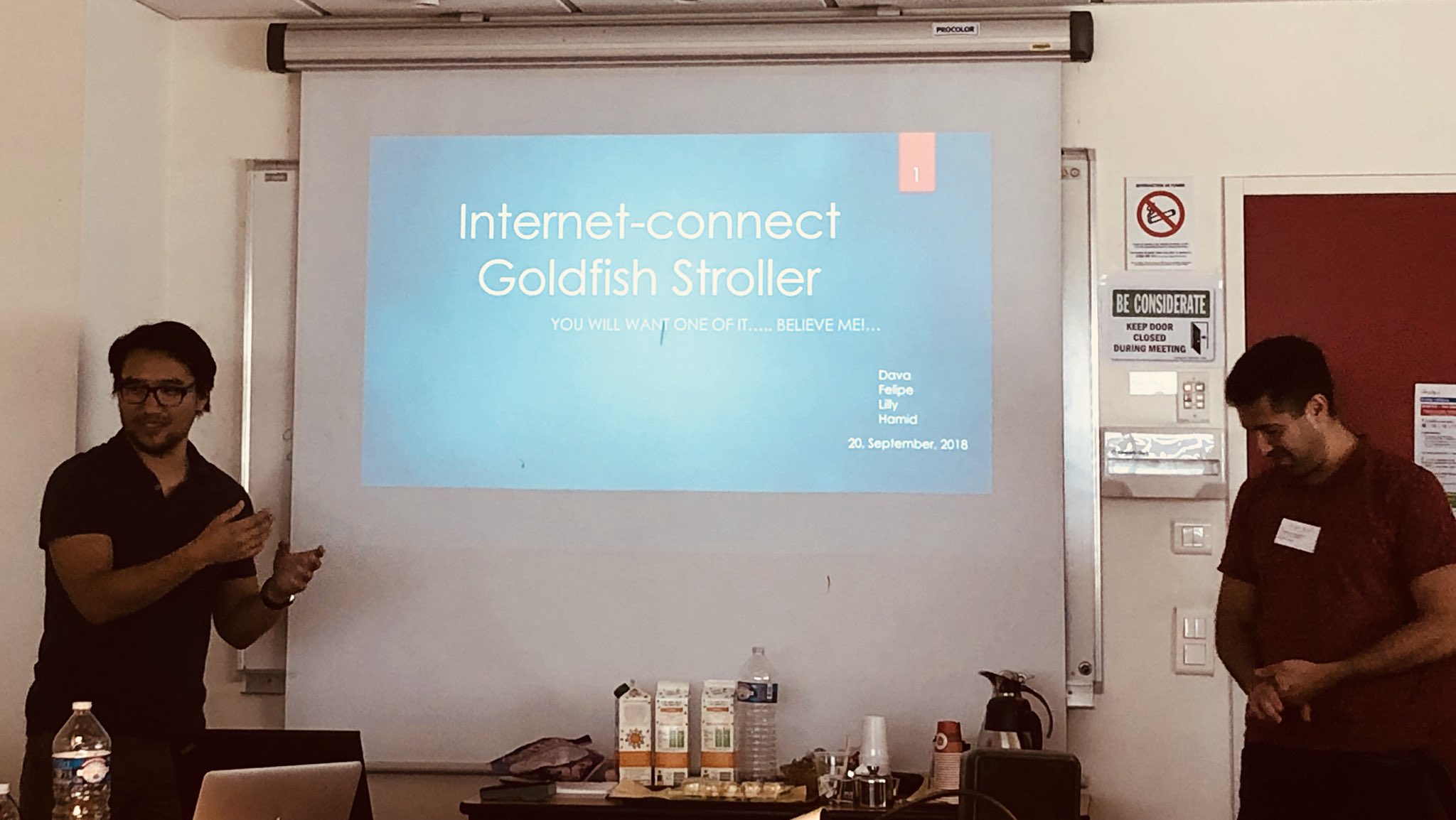 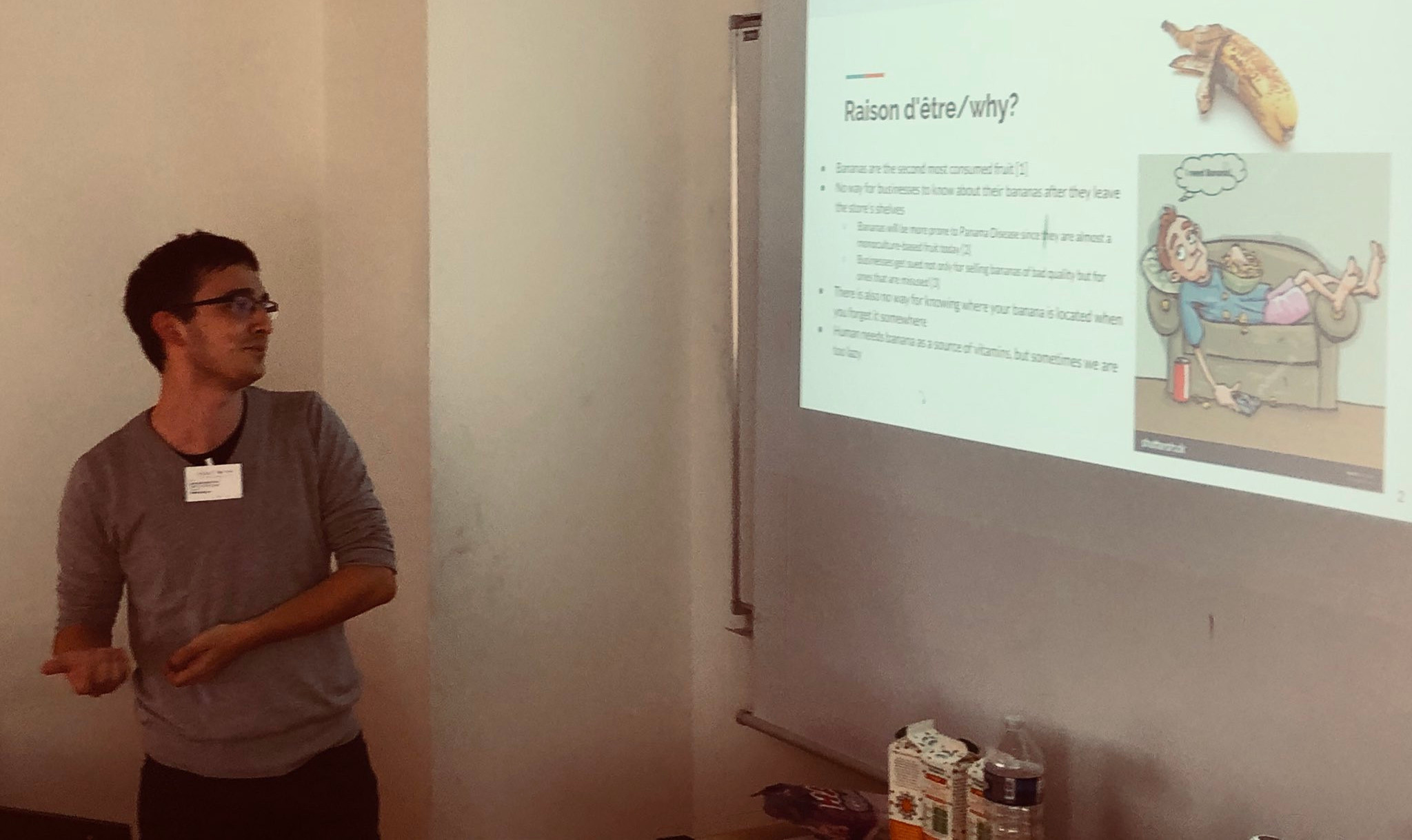 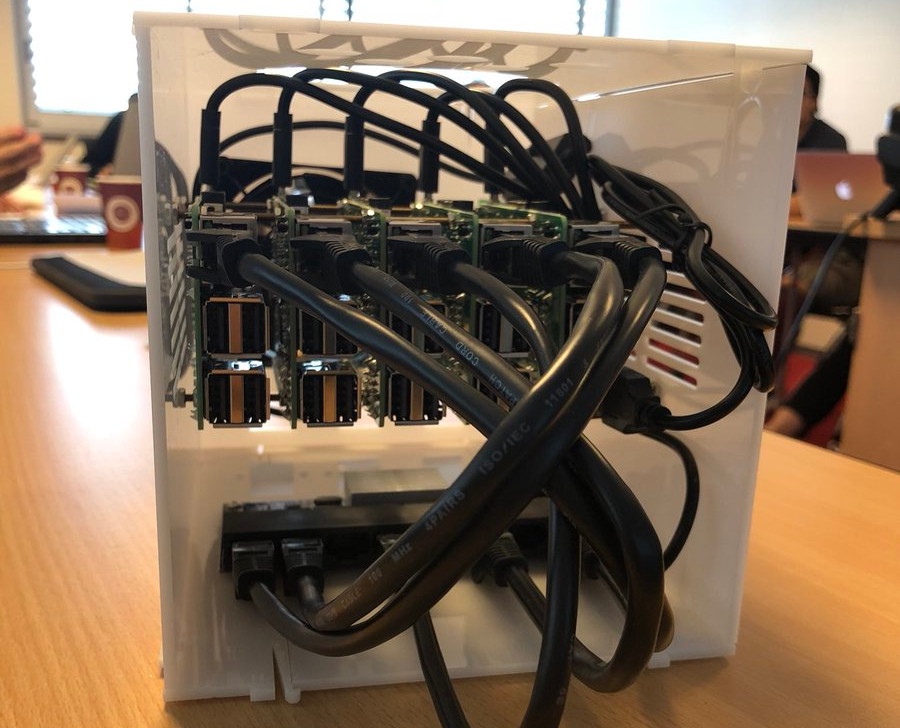 The FogGuru project has officially started! For more information, read the press release… 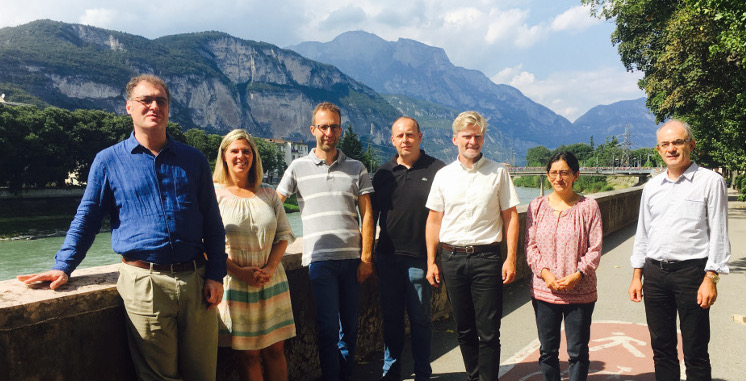